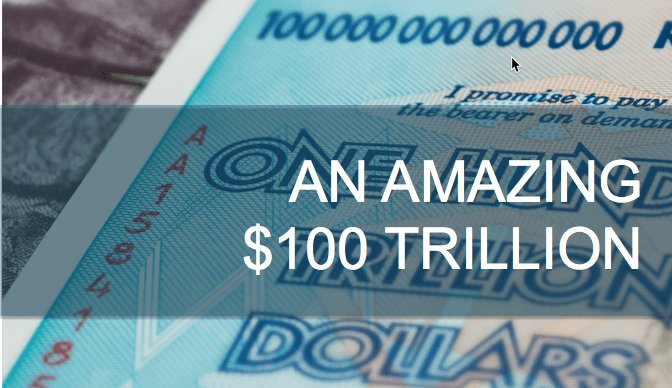 This week we’ll talk about the US’ total household wealth and why – even if you’re still gun-shy on the markets after 2008 – this historic figure means good things for you, your future, and the future of our country.

For those of you who prefer to read, here is a transcript of the podcast.

Brett: Hello, my friends. Brett Pattison here with Iron Gate Global Advisors, coming at you from the financial capital of the west – Salt Lake City, Utah. Thanks for listening in today.

The Federal Reserve in June came out with the report. This report measures the wealth and prosperity of America. It’s a 54-page report. In that report, they go over a lot of different things, but there’s one thing in particular that I wanted to mention today and that is for the first time in history, total household wealth – which is how well the citizens of America are doing financially – for the first time in history, it’s over $100 trillion. It’s insane!

Number one, back in 2008, we all remember the financial crisis. During that financial crisis, we saw a 57% decline in the stock market. We saw the longest post-war recession. We saw a 25% decline in household net worth. It was pure chaos. You all remember it. Many of our clients are still scarred from it, which we’re still working with people on, but with just complete annihilation in many people’s minds in 2008. Now, we’re 50% higher than the net worth was at the peak before the financial crisis. That’s just amazing. There’s less poverty than ever before, more people have jobs than ever before, the economy is cranking people out making money, and it’s not a fluke.

Here’s another reason why it’s so amazing, is that many people argued in 2008 “hey, yeah, everybody’s, you know, everybody’s spending money but everybody’s levered up the wazoo, everybody has all these second mortgages and credit card debt and blah blah blah blah blah,” right? Well, we crossed that $100 trillion threshold with household leverage, meaning liabilities are debt, falling to a 30-year low.

That’s the amazing part. We have less debt than we’ve had in 30 years and we’ve got household wealth being the greatest it’s ever been. Folks, this is an amazing country that that we live in despite what you may hear on the news. Our recommendation to everybody listening to this is: turn off the news, look at the cold, hard facts. We’re still bullish on this economy, this country more than we’ve ever been before.

With that my friends, God bless America.

Female: This a purely public broadcast and it’s not intended to be personalized financial advice for any individual’s specific situation. Each individual’s financial situation is unique and the topics discussed on this broadcast should not be relied upon and or considered as personalized advice. Specific financial securities discussed are not intended to address any listeners’ particular financial situation and should not be considered recommendations. This is for educational purposes only.