Avoiding the Big Mistake and Enhancing Your Returns: Why Hire an Advisor

This past week I had a great webcast conversation with someone that was looking for a new Financial Advisor.

As part of that discussion I reviewed this gentleman’s current portfolio, dissected the risk he had in that portfolio, compared it to his risk tolerance and discussed potential reward.

His risk tolerance was a 52, which is actually pretty conservative. In fact it was so conservative that it would be very difficult to near impossible to outperform the market. (Remember, the less risk in a portfolio the less reward in a portfolio.) As we discussed this number he said something very interesting to me . . . he said:

“The reason people hire an advisor is so that they can outperform the market . . . now you’re telling me that I can’t?”

There are a couple of things wrong with this statement which we immediately discussed:

1. “The reason people hire an advisor is so that they can outperform the market…” The role of an advisor is as much to keep you from making dumb mistakes as it is to make you money. I remember back on Feb. 11 when a client called me and told me “this market is going down, please move everything into cash!” That very day was the best buying opportunity of 2016 along with its low point. We saved that client 10% by not making the “dumb” mistake.

One of my favorite images comes from Carl Richards . . . it illustrates that very point. An Advisor’s role is to prevent you from making “the big mistake.” 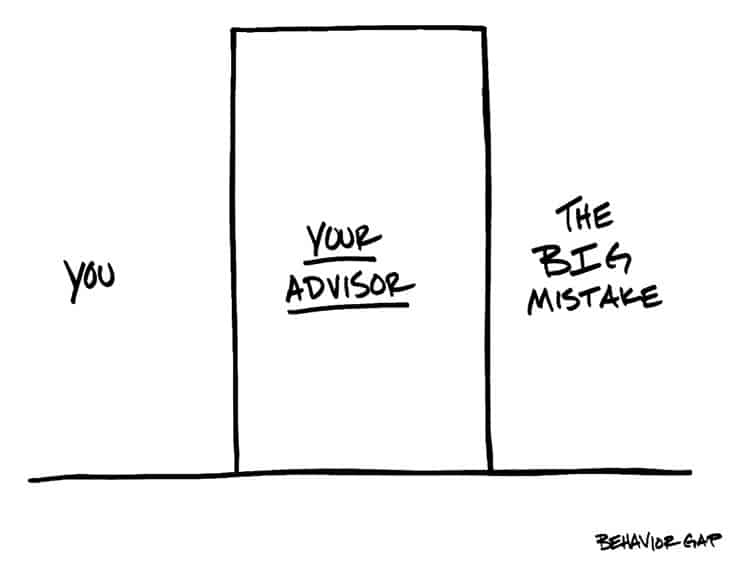 2. “. . . now you’re telling me that I can’t (outperform the market)”? No one, not even the best advisors can overcome the risk/reward principle. If someone has a low risk tolerance then they will have a lower reward outcome. It’s a market principle that cannot change. That is why a discussion (like the one I had with this client) is so important. It sets the proper expectations moving forward.

What’s the impact that an advisor can have on overall returns?

A recent study by Vanguard shows that just having a Financial Advisor can add up to 3% to your net returns over time. (From my experience it’s probably more but I’m not going argue with the study.) 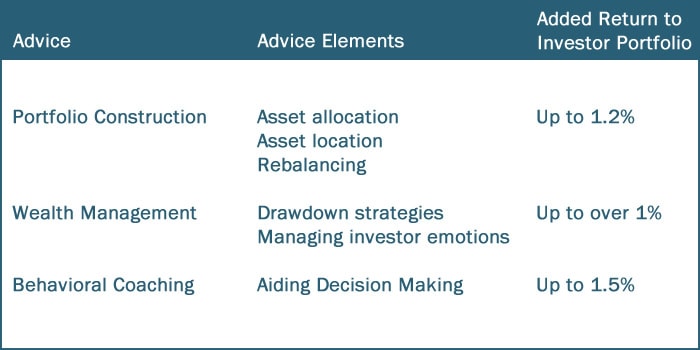 We have prevented hundreds of investors from making “the big mistake” and have provided services that have enabled many to accomplish their financial goals. Nothing in this world makes my partner and I happier than attending a retirement party for a client that is on the path to, as we say, “live the dream!”