These stats and trends point to one conclusion: The 65-and-older age group is expected to become larger and have more influence in the future. Have you made arrangements for health care? Are you comfortable with your investment decisions? If you are unsure about your decisions, maybe it’s time to develop a solid strategy for the future.

22% of workers now intend to keep working until age 70 and beyond. And 7% don’t intend to retire at all. 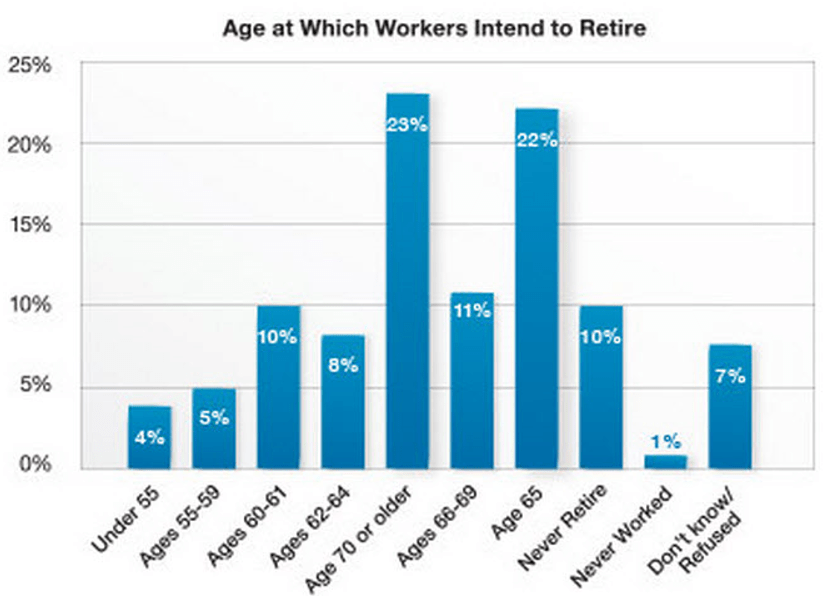 The content is developed from sources believed to be providing accurate information. The information in this material is not intended as tax or legal advice. It may not be used for the purpose of avoiding any federal tax penalties. Please consult legal or tax professionals for specific information regarding your individual situation. Some of this material was developed and produced by FMG, LLC, to provide information on a topic that may be of interest. FMG, LLC, is not affiliated with the named broker-dealer, state- or SEC-registered investment advisory firm. The opinions expressed and material provided are for general information and should not be considered a solicitation for the purchase or sale of any security. Copyright 2015 Faulkner Media Group.