The BIG Fallacy:  “No one cares about your money more than you do.”

You’ve all heard it . . . it’s been said over and over by anyone trying to sell you a trading service, software, newsletter or anything like it . . . “no one cares about your money more than you do, so sign up today!” However, if there is one thing that my decade plus working with people has taught me it’s this . . . that phrase is a bunch of bull! Let me explain.

For 10 years I worked for the biggest and best investor education company in the world today. Early on in my career with that company I’m the one that used to utter that same phrase over and over and over. I honestly thought it was true . . . that was until I saw what people actually did with their own money.

I saw people study for weeks on where they were going to spend their next vacation. 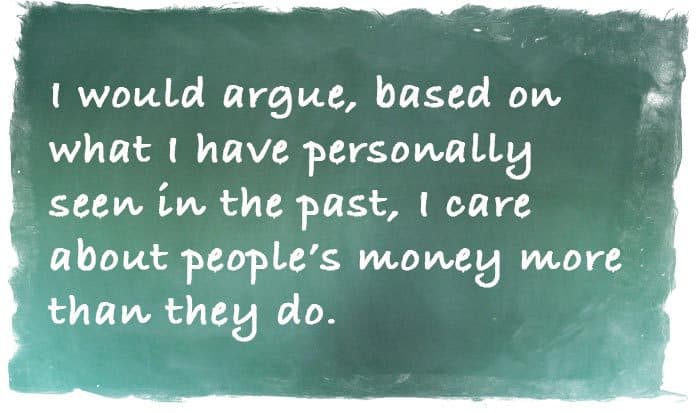 Then weeks more on what they were going to do on that vacation. I’m talking hours on end researching about a vacation! Then at the same time the same people would throw tens of thousands of dollars into some speculative investment without having a clue what they were doing! I could go on and on telling you stories that would make you sick. Remember, no one cares about your money more than you do!

The last few years of my tenure with this educational company was hard. I was torn. I was torn because I saw what people were actually doing and I really couldn’t do anything about it. Sure, I could teach those things that I know work, but even then people would twist and turn the content in a way that resulted in taking too much risk.

Now, after a good ten years with that educational company, I’m on the other side of the fence. As a Money Manager Instead of telling people what to do, I can just do it for them. I can still educate people on what they need to know, which is a big part of our firm (you can’t be blind as an investor), but now I can implement those strategies which I know work, for them. 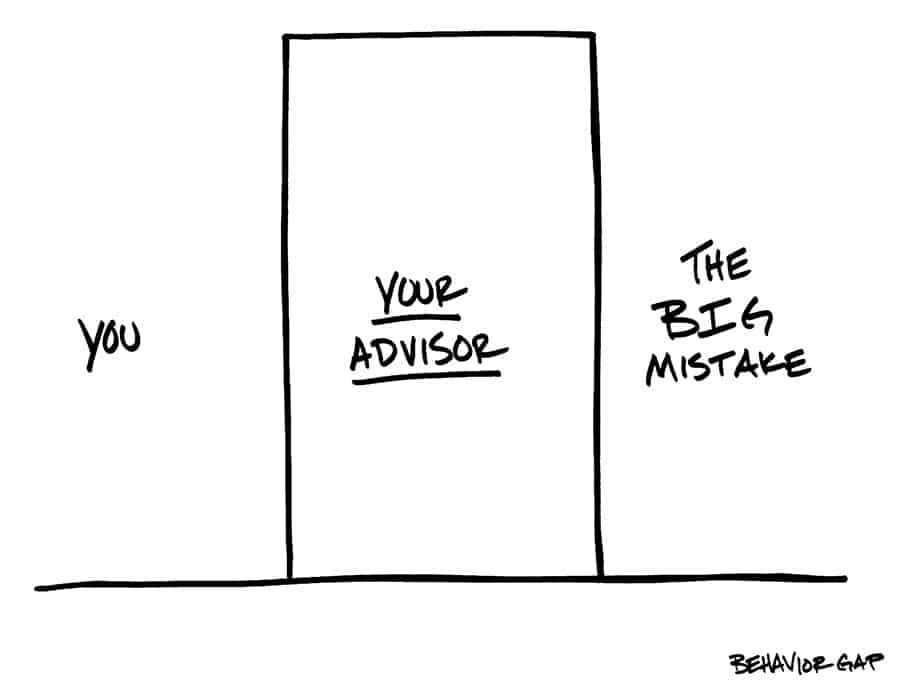 The one thing I’ve learned while being on the other side of the fence as a Money Manager, is that I can honestly say that I do care about people’s money. I’m constantly thinking about it . . . day and night, night and day. Which investments are best? What will get our clients the best reward for the risk they are willing to take? When is the right time to implement a certain strategy? The list goes on and on.

Carl Richards, author of the Behavior Gap, has a sketch that I love. It puts all this into context. My job as a Money Manager/Investment Advisor is to care about your money more than you. To help you avoid the “big mistake.” To spend as much time necessary researching a company before buying it.
My advice to you is simple. Find someone that you trust. Someone that truly does care about your money and allow them to do just that. When and if you can invest better than they can, then you take over control of your own financial future.