We spent Wednesday making the rounds to say goodbye to all the women at the aftercare facilities. Luckily, we only had two lessons remaining, so we were able to teach them the last lesson and have them graduate from the course before we left.

We awarded each of them with a certificate of completion from Utah State University. They were so proud of themselves and treated their certificates with so much care. Most of them propped their certificates up in front of their work space to put it on display. Saying goodbye to all of them was so hard, but it was a perfect way end our time here. It’s incredible how much we have grown to love them in such little time.

One of the women, gave me a hug and put her hand on my belly and said “Mira Kana” or look Kenna – a lot of the girls pronounce my name Kana, which is also the word for sugar cane. Anyways, then she said, “I hope that God will bless you with lots of babies and that your pregnancies will be safe.” According to her, we are supposed to have a big family someday.

We also had to say goodbye to Ruth and her husband, Fausto. Leaving them behind in their difficult situation (see post “Ruth’s Story”) is one of the hardest things about having to go. However, we are confident that the representatives from Mentors International here in the DR will take good care of them. We were able to donate a bunch of clothes, personal hygiene, and food storage items to the couple. 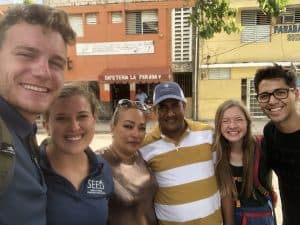 Jose Antonio also graduated from our business class. He has his final interview to receive a loan this week and will start selling his juice products within the next two weeks. We also finished his business cards, which means he can begin handing them out to potential customers and get pre-orders from them for his grand opening. He is so excited; he couldn’t wipe the smile from off his face. To say goodbye, we made him a batch of chocolate chip cookies – he ate every single one within a couple of minutes. 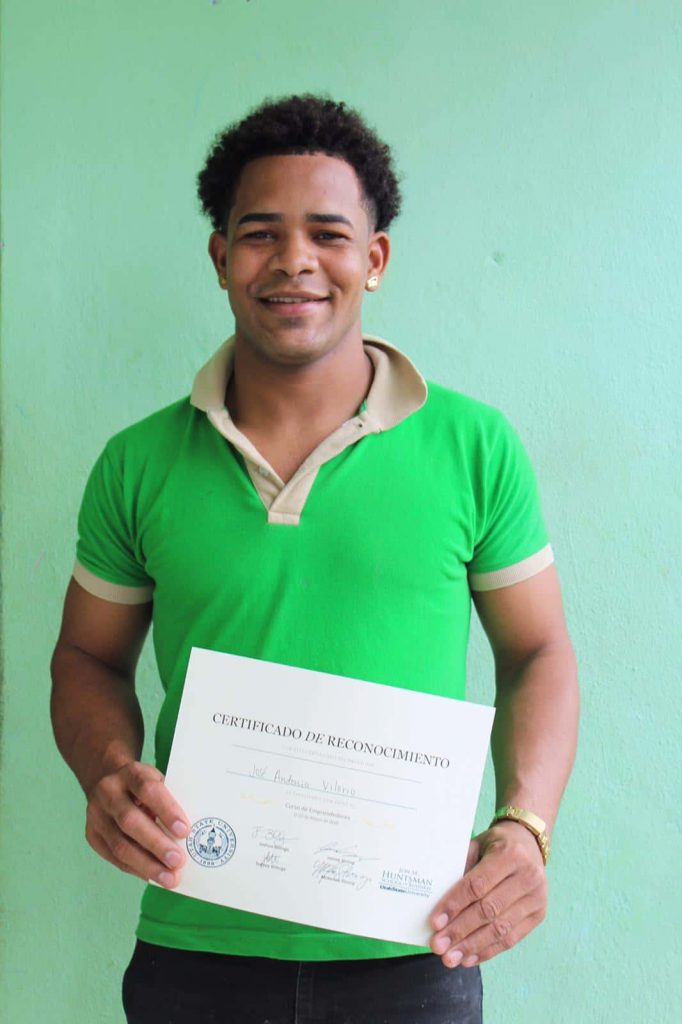 He might be the hardest person to say goodbye too. We feel like he has come such a long way within such little time. He is so hard-working and inventive. This week he showed us that instead of paying for 2-gallon plastic containers (the typical storage system for natural juices) he has been saving large 2-gallon containers that are used for holding cooking oil. Not only were these containers sturdier and would last longer, but he had gotten them for free from some of his friends who own empanada shops. By doing this he will save over $1,100 in the long run. We know that his entrepreneurial outlook on life will help him be even more successful. His dream is to sell enough juice so that he can buy a car someday so that he can expand his clientele parameters. 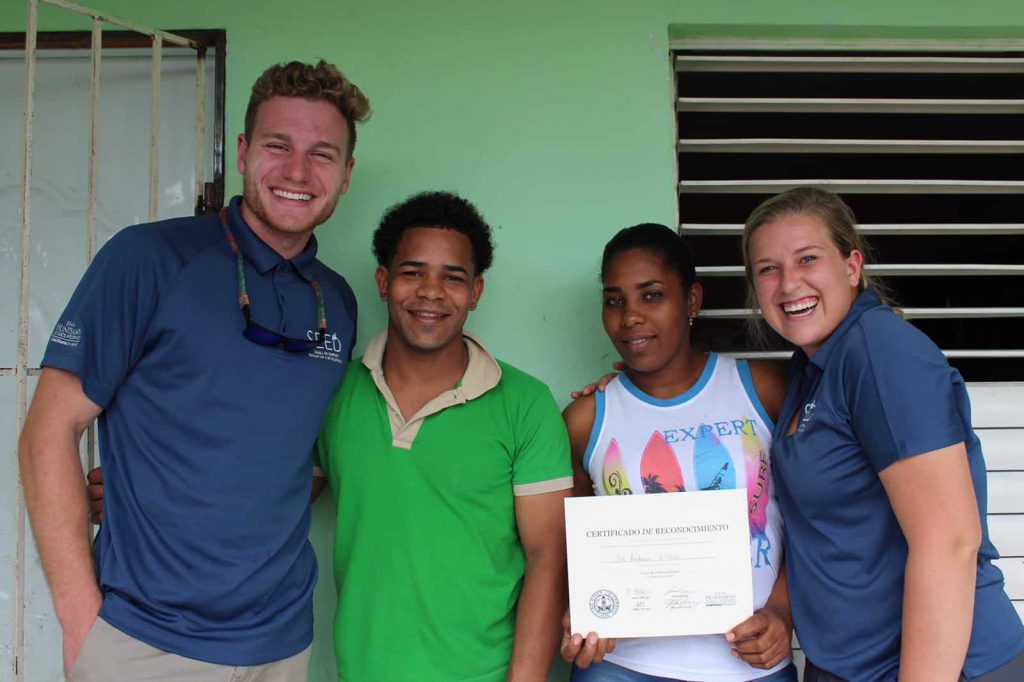