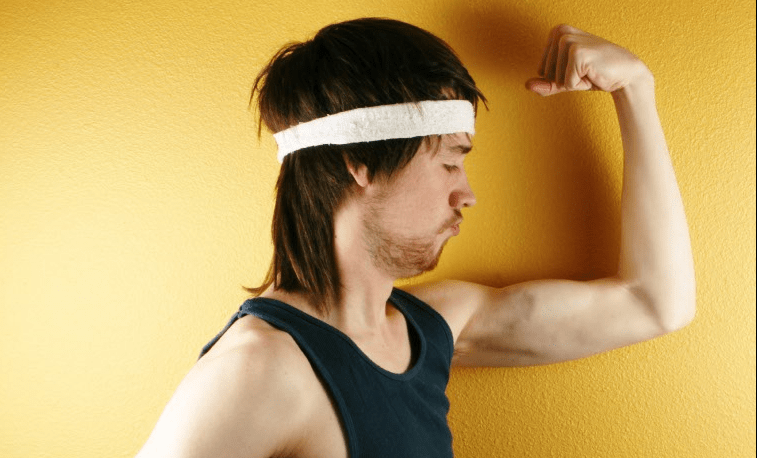 **The following is taken from our client quarterly newsletter. Certain sections have been removed that contain client only information.

One early morning while I was out running I was listening to an iTunes podcast by Malcolm Gladwell. It was published on June 29 and is called “The Big Man Can’t Shoot.”

Almost the entire time found myself saying, “Our clients need to hear this!” So with that in mind our quarterly commentary will have a Malcom Gladwell twist. 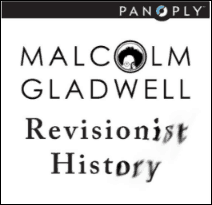 In the podcast Mr. Gladwell details Wilt Chamberlain and his famous record setting 100 point game in 1962. In that game he shot 32 free throws sinking 28 of them (this is still a NBA record). What few people remember about those free throws was that fact that he shot them “granny style.” In other words, his arms would hang down by his knees and he would flick the ball up underhanded rather than shooting them with his hands over his head. That year he had the best free throw percentage of his career, 61.3%.

What makes this an interesting is that 1962 was the only year he shot free throws “granny style.” The next year he would revert to shooting free throws with his hands over his head, which he admits wasn’t as good as “granny style.” The rest of his career he would shoot with his hands over his head and would average 51% from the line. His lowest average was 38% in 1967-68. The reason why he would revert back to a more unsuccessful style of shooting despite knowing it wasn’t best for him, he said “I felt silly, like a sissy.”

The other example that Mr. Gladwell details in the podcast relates to the NFL draft and value. Gladwell interviews a famous economist, Robert Thaler. Thaler has conducted studies on the NFL draft and has even consulted with many NFL teams about it. His studies have the following conclusions about the first round vs. the second round draft picks.

His advice to all NFL owners, trade your first round picks for second round picks. You will gather more talent, quicker and will have more value over time by trading the first round pick.
What’s interesting is that while Thaler has consulted with NFL teams about this research, none of them have implemented his advice despite knowing they should! In fact, one team he consulted with (the Redskins) traded their second round draft picks to move higher in the first round, the exact opposite of what he said they should do! (The Redskins results speak to their overpaying for picks.)

Okay, so what in the world do either of these stories have to do with investing?

For the last two years the market has gone nowhere. The S&P 500 has been in a trading range and has returned close to nothing for the last two years. The lack of significant gains has caused two things to occur in the investment world, 1) following the crowd and 2) avoiding risk all together. 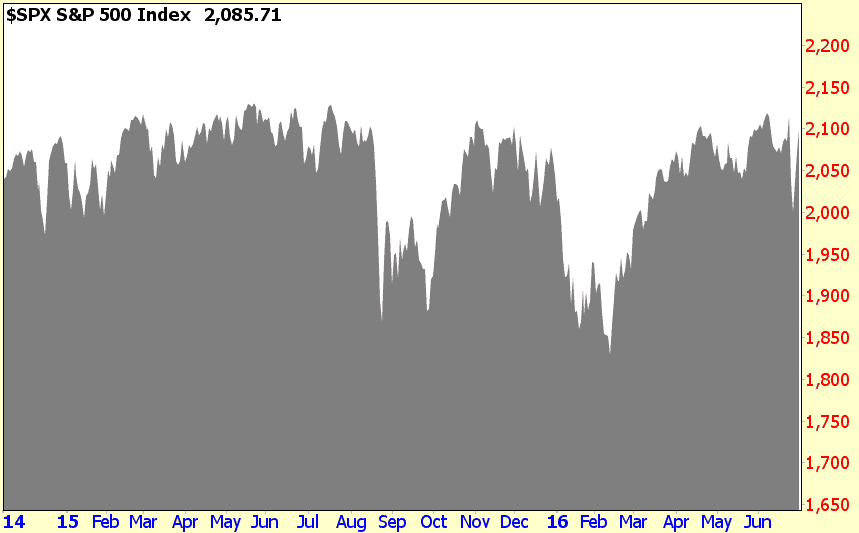 People, including many investment advisors, are abandoning what they know is best in the long run (shooting free throws underhanded) and are instead chasing returns and yield (income) or avoiding risk all together. There is a fear that if Advisors don’t do something outside of what they normally do to capture returns, clients will leave and go elsewhere.  This mentality leads to following the crowd or “herd” mentality (as we often talk about). In the Gladwell podcast, a behavioral psychologist said –

“. . . (when) people get into a crowd their independent judgement went out the window and that they somehow became creatures of the crowd and that some kind of miasma of irrationality would settle over people and they would act in ways that they would never act if they were by themselves or they weren’t influenced by the mob mentality.”

Think about the billion dollar business of dieting as an example. People are always looking for a cure to being overweight, besides the old fashioned eating right and exercising (which could be the only thing that really works). The Atkins, Hollywood, and South Beach diets, along with Phen Phen and HCG shots are examples of the fads that come and go. People look for a short cut, rather than the old fashioned hard work and patience. As a result they often do more harm to their bodies than good.

So it is investing. People abandon what they know works, good old fashioned value investing and patience, to chase the “in thing” or “popular idea.” Think about the Owner of an NFL team that trades all of his second round picks just to move up one or two spots in the NFL draft. He completely overpays (by 138%) in the short term, gambling his future away because of the peer pressure of his fans or fellow owners.

The most recent example of this in the stock market is the F.A.N.G. stocks (Facebook, Amazon.com, Netflix and Google). Last year these were the hot spots in the market. They carried the S&P 500 to positive gains while most other stocks were down. In fact these five companies comprise 6% of the S&P 500. Think about that, an index with 500 different companies and these five make up 6% of it!

The current P/E (price to earnings) ratio of these stocks are as follows (keep in mind that the higher the number the more expensive, overvalued the stock):

To put this in perspective, the S&P 500 as a whole has a P/E of 19.58. (The only stock that is even close to a value is Google which we own in many of our portfolios.)

Unlike many investors (and NFL Owners), there is no way that we are going to follow the herd and chase returns by overpaying for investments. Not only does it go against our process, it simply not in the best interest of our clients.

The contrast to overpaying for an investment is the Wilt Chamberlain philosophy, I don’t want to look “like a sissy” so I will completely remove risk mentality. What people forget is that if you remove risk your remove reward as well.  Let me explain.

The big sales point for pushing people into these funds is the fact that if they have two quarters in a row of losing money they will not charge clients the quarterly management fee. When people hear this they love it, and who wouldn’t? In fact, when I first heard it I thought it was an interesting and attractive idea. I also wondered how they could do that? How could they even run their business and serve clients without being paid? With that question in mind, we decided to do some research.

The less risk that is taken in these portfolios means that there is a higher probability that they will squeak out small positive returns so they can charge clients the fee. Forget the goals of the client and the fact that most of them need to produce great results to grow their portfolios to live comfortably in retirement or to not outlive their money.

The results of our research (which we will share in our blog in more detail) made us furious! A so called “independent” brokerage pushing people into products that won’t make them money so they can charge fees! They are purposely removing risk for the fear of negative returns. I guess you could say they don’t want to look “silly.”

Staying True to Our Process

Every month in our Market Commentary video we show the following image followed by a familiar quote.

“At Iron Gate Global we don’t chase returns, we have a process for investing that we know is best for our clients. We focus on the probabilities of investing and make those decisions in portfolios that have a higher probability of making money over time than losing. It’s not always perfect, but we know it works over time.” 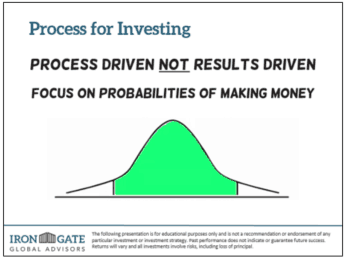 However, we know that if we stay true to our core investing principles that our clients will ultimately come out on top.

Since our firm began investing in 1999, we have outperformed the market by and impressive 4.78%*.

The home page on our website states the following, “Our firm is guided by two core principles:”

We will never stop doing what is right for our clients for fear of “looking silly.” We will never overpay for investments because it’s the popular thing to do. Nor will we remove risk from a client that needs that risk to build wealth.

Market at a Glance

In case you have missed our weekly emails (please contact Brett at brett@igga.dev if you’re not receiving them), we have explained why we are still optimistic about the overall economy and markets.

Here’s a few bullet points to summarize those weekly emails:

*For more information regarding historical returns please reach out to Brian Hunsaker or Brett Pattison.

Information presented is gathered from sources to be reliable. However, Iron Gate Global Advisors does not attest to its accuracy and is not responsible for errors and /or omissions. Please notify Brian Hunsaker or Brett Pattison of any change in your financial circumstances or investment objectives.  Past performance does not guarantee future results. 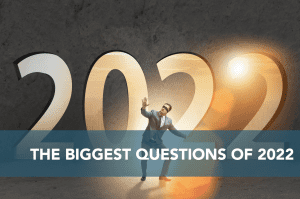 The Biggest Questions of 2022 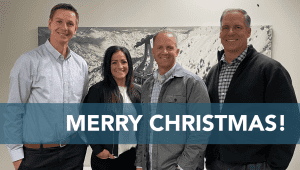 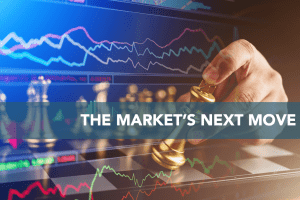 The Market’s Next Move

Bitcoin, Options, and Tesla: What Do They Have in Common? 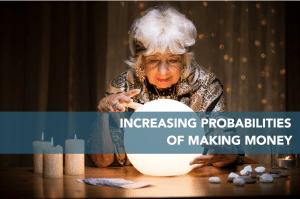