This week was Independence Day in the Dominican Republic. We spend the day exploring the capital, visiting historical sites and taking part in various celebrations. 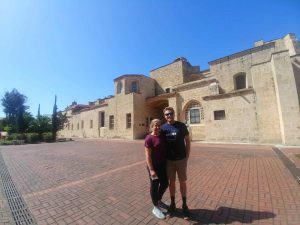 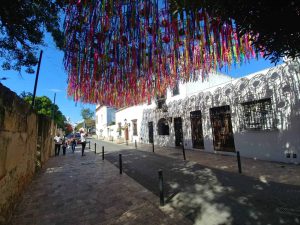 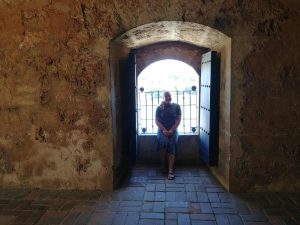 This week we also met a Colombian woman named Ruth. She has lived in the Dominican Republic for less than a year and recently married a Dominican man. She left a sick mother and her two adult sons back in Columbia when she came to the DR to find a better life for herself.

A couple years ago, Ruth was a successful business owner living in Columbia with her two sons, who were attending college. Her dream was to own a home and fix it up just how she liked. One day her oldest son came home from classes and said he saw an incredibly low price on a beautiful home in the next town over. She couldn’t believe that the home was priced so low and thought that it was a scam. During the next week, her family went to scope out the deal. To their amazement, it was real. They quickly sold as much as they could of their belongings, including their two motorcycles and some furniture. They also took out a large loan and borrowed money from some neighbors. Ruth was shocked that she was able to fulfill her lifelong dream.

Once the deal was complete, Ruth sent her two sons to live in the new house while she completed the last two months on their apartment lease. During those two months the boys came to find out that the property above their house was occupied by a group of drug dealers – hence, the incredibly low price. One day, the police performed a surprise raid on the property. They unfortunately found some drugs on Ruth’s outdoor patio that had been hidden by the upstairs neighbors. Without question, her boys were taken away and sentenced to five years of prison.

Within an instant, Ruth found herself in crippling debt for a home that was falsely advertised, and her two children behind bars for something they didn’t do.

As the situation in Columbia got worse, she decided that she needed to leave the country to make a better life for herself. When she left, her youngest son was let out of prison on parole in order to take care of his sick grandmother. But as part of his parole, he wasn’t allowed to work.

Everything and everyone in her life depended on Ruth. She came to the DR and couldn’t find work. No one would hire her without residency paperwork, and although she had already filed for documentation, it would take about six months for her to get all the documents she needed. However, she never gave up. She met a wonderful man and they were married. Everything was looking up. Her husband had a job and there was only three more months until she would get her papers.

Then another tragedy struck. Her husband was diagnosed with testicular cancer and lost his job, since he was unable to work during his recuperation.

When we met Ruth, she and her husband hadn’t eaten for more than a day and had been knocking on doors to see if anyone would pay her to clean their house. After hearing Ruth’s story, my heart ached for her. Here was a woman who was willing to do anything in her power to provide for her family, but literally could not find a way.

We were able to empty our bags of snacks so that Ruth and her husband could have something to eat. But more importantly, we offered her business classes in order to open a Columbian restaurant. She will hopefully be able to receive a microloan within the next couple months.

We love our program and the chance that we can “teach people how to fish” instead of just “feeding them for a day”. Programs like Mentors International and SEED allow people to rise out of poverty by themselves. That way once we leave the country, they can permanently sustain their families. It also makes it possible for their children to receive education and thus start a chain of growth that will hopefully continue for generations to come.